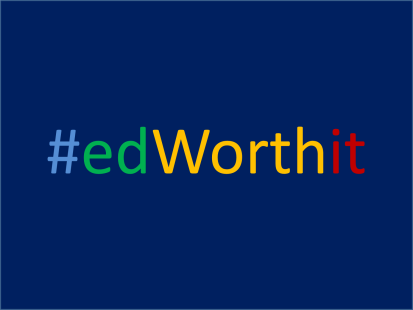 At the National Teacher of the Year Convening, Chris Minnich, the Executive Director of the Council of Chief State School Officers, spoke to the State Teachers of the Year (STOYs) about facing the two “F’s”: Fear and Fatigue. He said that the STOYs will encounter both in various forms throughout our year of service. However, he encouraged us to face our fears and to fight against the fatigue so that we can make a positive impact on education.

After returning home, Chris’ speech and the two “F’s” have been running through my mind. I thought of them while speaking with my assistant principal, Tara Hernandez. During our conversation, we were discussing the efforts of the Positive Behavioral Interventions and Supports (PBIS) team to boost faculty morale this year. I also pondered them while speaking with a first year teacher at a board meeting for an educational organization. Although she felt that her teaching has made a lot of progress, it was clear that there were still many things that were causing her to feel “fear” and “fatigue”.

Fear and fatigue are not just dangerous for STOYs, they are truly detrimental to the professional growth and retention of all teachers. As the national spotlight is focused on teacher retention, I think it is especially important for us to consider, “How can we help teachers overcome fear and fatigue?”

While running this morning, I realized that I already know the answer to this question. Every time I run, I face the fear that I can’t run the assigned distance. It is also inevitable during my run that I will encounter fatigue. I learned that I could combat these by focusing on one thing, “The reason why it’s worth it”. With this reason in mind, I turn on “Gonna Fly Now” from Rocky, and I push past the fear and the fatigue.

As there are many different reasons why educators may experience fear and fatigue, I have decided to launch a social media campaign called #edWorthit. Through my blog and social media, I will be highlighting various causes of the two “F’s”. Not only will I be sharing my reasons why I believe that “it’s worth it” to face the issue that is causing the fear and/or fatigue, but I will be asking my fellow teachers to share their reasons why “it’s worth it”. Be on the lookout for my first installment of #edWorthit next Tuesday! Together, we can fight the fear and fatigue!